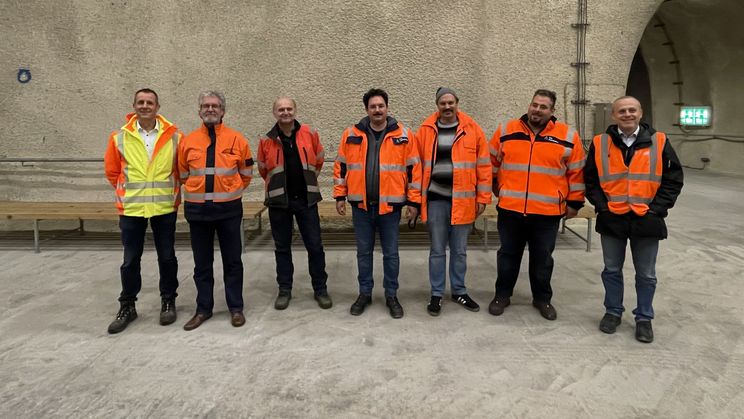 The German Autobahn GmbH is the responsibility of the Federal Ministry of Digital Affairs and Transport and took over the planning, construction, operation, maintenance, financing and asset management of the motorways in Germany in January 2021.

During the visit, special interest was shown in the Acoustic Tunnel Monitoring - AKUT and the high-pressure water mist system of the Upper Austrian company Aquasys. In the first part, Bruno Klimmer, regional manager of ASFINAG's operational technology, explained the functioning of the individual safety devices and ASFINAG's equipment standard in the tunnels. A lively discussion about the operational experiences with the colleagues from the German Autobahn GmbH concluded the first part of the visit. In the second part, the individual trades and the escape tunnels were visited directly in the tunnel, and AKUT and the high-pressure water mist system from Aquasys were demonstrated live.

The representatives of the German Autobahn GmbH praised the high standard of safety equipment in the Austrian tunnels and will also promote the upgrading of the traffic infrastructure in Germany in the coming years.